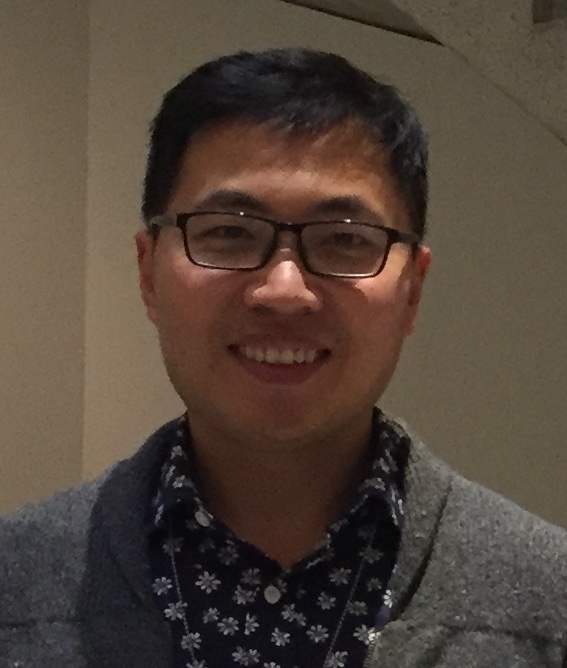 The Americans needs superheroes, so as the Communists.

At the time when I was a kid in China, market economy was in its infancy, and political propaganda of communism still dominated the popular culture. One effective way of propaganda was producing popular icons and heroes, in hope to boost people’s morale for Communism. The stories of these heroes were presented in all sorts of media, including school textbooks, picture books for kids, posters, mural paintings, radios, and movies. They squeezed out traditional Chinese folk tales or kids friendly stories, leaving no alternatives for stories lovers like me. My whole little world was made up of these superheroes. The storylines were utterly simple with no ambiguity or complexity. Even the dumbest kid could tell the stories without missing a single detail because these stories were the dumbest ones I have ever read, speaking in high sight of course.

While the American superheroes became superheroes because they save lives and beat up the devils, the Communist superheroes became such because they were killed when they were trying to kill the devils. One of these Communist heroes was a Communist soldier called Dong Chunrui. He was fighting the civil war against the then government army led by KMD. According to the Chinese official account, he blew himself up to kill the enemies in the blockhouse. His martyrdom was commemorated and he became a legend. Truthfulness of the story was now put into question but I do not want to go to that direction. I just want to point out that in recounting the story, elementary school textbook used an idiom fengshensuigu to describe the heroic scene. This idiom can be translated as blowing up one’s body into a million pieces. That was the visual they gave me, an eight-year-old.

Another superhero known as Huang Jiguang was even more ridiculous. He was a Chinese soldier during the Korean War. At a battle, Huang’s unit was given a mission to destroy an enemy blockhouse. Huang managed to get very close to the enemy and then he hurled himself against a machine gun slit on the blockhouse, using his chest to block enemy fire. Because his self-sacrifice, his comrades were able to march forward over his dead body and annihilate all the enemies. In high sight, I do not buy this crappy story. There are million ways to block the enemy fire if you have already managed to get this close to the enemy. Even if he insisted to use his body to block the fire, just to prove his bravery, he could have been more creative, like using his butt instead of his chest. However, my little friends and me were sold on the stories and never questioned its logic and validity. We were greatly inspired by their heroism. What could be more glorious and heroic than sacrificing one’s life for the common good? The American superheroes were just pale in comparison. When adults asked me “what do you want to be when you grow up,” I always answered: “I want to be a war hero.”

Superman, X-men, Spider-Man and many other comic heroes have some sort of super power, or at least they are very well equipped, such as batman and iron man. In comparison, the Communist heroes did not have such physical power; instead, they had super mental power. One hero of this kind was Sister Jiang. She was a communist fighting the Chinese civil war as an undercover agent. Somehow, she became a captive in the enemy’s hand. She was killed in the end of course, but the highlight of the story was the torture she went through in an interrogation chamber. The enemy inflicted lots of pain on her in order to get information out of her. However, she was no ordinary woman. She was a super tough one. Legend has it that she clenched her teeth and withstood the pain. The enemy could not crack open her mouth to get any names or whereabouts her fellow undercover agents. The torture was vivid. In comic books and movies, I saw whips and shackles, and the most notorious torturing device called “tiger bench.” It was a simple regular bench turned into a deadly device coupled with ropes and bricks. The captive was tied up sitting on the bench with the legs extending forward on the bench. Her thigh was tightened and locked in position by rounds of ropes while her feet were gradually raise up by bricks stacking up underneath. In this way, the leg was flexed to cause tremendous pain. The longer the torture last, the more likely the tendon would fracture or the legs would be dead due to the blocking of blood flow. So when kids of my age in America were listening to colorful fairy tales and seeing lovely Disney’s cartoons, I was hearing all the screams from the dark chamber and picturing all these gruesome images of chains, whips, and torturing devices. While the American kids fantasied their glorious moment being the Captain America or the Spider-Man, bravely saving their endangered loved ones, I fantasied my glorious moment being tortured like hell and bravely shouting out the words “I don’t know—–.”

Not all of my heroes were violent. There were peaceful ones. Lei Feng was one of these types of heroes. He was a soldier after all the wars were over. The way he became a household superhero was his altruism. He was commonly known as helping the old and sickly to cross the street. You may ask: what is the big deal? I do not know either. Maybe it was the frequency of his altruistic behavior. I got the impression from the stories that everything single minutes he was physically helping people, and every single breathing he was thinking about how to help people. So back then I was wowed, thinking that helping people cross the street must be a very difficult task, something only the superheroes could accomplish. If you read closely enough in the picture books, you would see more extraordinary stories about him. He was said to get up early in the morning before his fellow soldier roommates woke up. He then sneaked into the washroom and squeezed toothpaste on their toothbrushes. When it was done, he sneaked back into the dorm and worked quietly here and there. Within a few minutes, all of his roommates’ smelly shoes were cleaned up, but he was not done yet. He went on to lay a pair of clean socks beside each pair of shoes. He did this just to provide convenience for his roommates. This behavior was deemed “good deeds” and highly celebrated in my textbooks and picture books. Let us analyze this story. It would only make sense had his roommates been handicapped by war and needed babysitting, but in fact, there were no mentioning of the well being of his roommates. Given the fact that the war was over, they were presumably all healthy individuals. So the only logical explanation of his behavior was that Mr. Lei was obsessive with helping others, even when the help was not necessary. Maybe he had some sort of obsessive-compulsive disorder. I wonder if he also washed the underwear for his roommates. Maybe this guy had fetishism on his roommates’ personal items.

Similar to the wartime superheroes, the story of Mr. Lei ended with his death. Don’t ask me the dummy question of why they have to die. Had they not died, you could not have made up a story about them, could you? Here is the story of Lei’s death. In a thunderous storm, he was standing in front of a vehicle to guide its reverse. The lousy driver reversed too much and hit a lamp pole behind. The pole tragically fell on Lei’s head. He died instantly right before a lightning struck him. Ok, the lightning part was made up by me and the rest was official, but why pick on me making up stuff? The whole story could be a total fake.

While new series of comic books on American superheroes keep coming up, the communist superhero stories never got updated. Years later, Sister Jiang was still clenching her teeth and Mr. Lei working on the toothbrushes. It did not take long for these same old simple stories to become very uninteresting and wore me down. However, you could not bail on them because the bombardment of these stories never stopped, so paying attention to these stories became an obligation and eventually a ritual. The American superheroes are clearly fictional and you know it for sure you cannot fly like a superman. The communist superheroes were based on real people using their real names, so at first glance, you might think it possible to emulate what they had done. However, after years of listening to the stories, I was disappointed that the inspiration had not lead to anything in me comparable to their moral high ground. So I thought I was inferior in nature. I was so cowardly scared of pain—-a clinic needle on my butt was apocalyptic. Also, I had never feel the urge to squeeze toothpaste for my sister. My soul was so shamefully worthless.

Now, my best guess on the message the state intended to deliver through these make-believe shining figures was that a communist civilian should sacrifice his life for the state when needed, and he must only do things for others and never for himself, be it big or small. This message was obviously unsuccessful on me, but don’t ever underestimate the power of the stories, including the fake ones. I think the Communist superhero stories have crept so deeply into my childhood mind that by now I haven’t completely cleanse them out. I have this doubt because sometimes I unconsciously act on things according to the logic of total unselfishness or even self-destruction. Maybe there is some truth to these stories, or maybe my nerve had been screwed up at the critical age and I will never fully recover from the worthlessness.